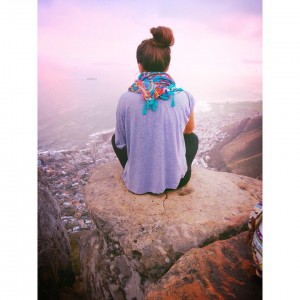 Alice Coloriti graduated at an art school where she studied Make-up & Hair in Milan and later in Los Angeles.

She taught make-up for a while before her career kicked off in the fashion industry in Milan where she worked for 9 years, within this time she collaborated with brands such as Dolce & Gabbana and Armani working with them in person for fittings, showroom, fashion show and private events.

In 2015 she came to Cape Town for the first time and started to work here as a make-up and hair stylist doing just seasonal work, her love for Cape Town and it’s people grew and she is now based in Cape Town.

Her formal training in fine art means she can apply make-up with a thoughtful hand of an artist, for her makeup is an artistic expression

“I’m obsessed with the skin, the texture of the products and I like to play with them, I always want everything to be natural, not forced even if I do glitter lips it has to look like it’s not a big deal”